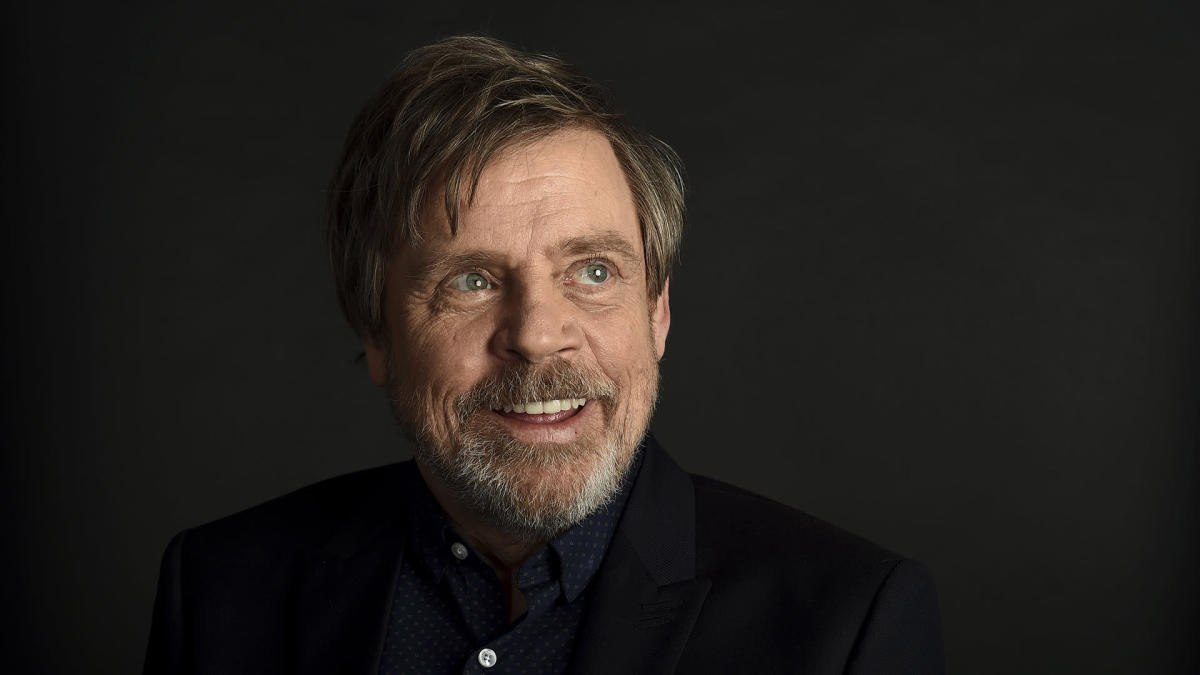 A family will never forget what actor Mark Hamill did for their dying son.

The memory of Joe Sikorra’s son John has been eroded by a degenerative and fatal illness, and the teenager could no longer tell fact from fiction – but in his heart he remembered a childhood spent watching “Star Wars” movies and playing with action figures. His father reached out to the only “Hollywood” person he knew in hopes of establishing a connection with Hamill.

“John has always loved ‘Star Wars,'” said Sikorra, a Catholic podcast host, family therapist and father of two. “I think he identified with the very idea of ​​the struggle between good and evil, courage and despair.”

For a family that understands the struggle between light and dark all too well, Hamill’s act of kindness would mean the world.

Joe Sikorra’s son, John, was diagnosed with Juvenile Batten Disease, a progressive and fatal genetic disorder that affects the nervous system, when he was just 7 years old. Children with Batten lose their sight and suffer seizures and loss of motor and cognitive control before their untimely death. The Sikorras’ youngest son, Ben, was also diagnosed with Batten disease.

Doctors told the Sikorras that treatment for Batten might be possible in the future, but not in their children’s lifetimes. “It was devastating and isolating,” Sikorra told TODAY Parents. “How do you imagine life moving forward when this is presented with no hope of a cure or treatment?”

Sikorra said that initially, after the diagnoses, life “got dark for all of us”, but then he and his wife Lori decided to focus on living the best possible life for their family, to “live in the moment present and to live happily.”

“We made a choice to maximize life and do what we could to enjoy the little things,” he said. “Because we opened up, rather than giving in to despair and depression – although we certainly went through depressive times – we had some incredible times throughout our journey.”

One of those moments came after John, then a young teenager, asked his father if he could meet Luke Skywalker. He had already lost his sight by then and most of his short-term memory. But because he spent most of his childhood watching “Star Wars” and playing with his lightsabers and action figures, his connection to the film stayed with him.

Sikorra asked his college friend, screenwriter Ed Solomon (“Men in Black,” “Bill & Ted’s Excellent Adventure”) — the only person he knew in Hollywood — if he could help him reach Hamill. . Solomon had no direct connection to the actor, but contacted his agent.

“The agent reluctantly said he would call Mark, but also said not to give me hope,” Solomon wrote when he told the story on Twitter in 2017. “Ninety seconds later, I received a call from @HamillHimselfwho immediately said yes and gave me his home address.”

Hamill met John with Sikorra and Solomon at a park in Malibu, where he spent hours answering John’s questions as Skywalker. “At that time, John couldn’t distinguish between actor and character,” Sikorra explained. “Mark answered all of John’s questions about Princess Leia and spaceships, and he was just very, very sweet.”

“John lived courageously,” Sikorra said. “’Luke’ would have been very proud of him. He changed lives with his love and presence.”

Neither Sikorra nor Solomon publicly told the story of meeting Hamill until 2017 when, depressed by all the negative news coming out of Hollywood and the world, Solomon decided to share it on Twitter. “In some 30 years in this business, this is perhaps the story I’m most proud to have been a part of,” he wrote.

Hamill responded to her tweets with her own statement about the experience. “I’ve been so lucky – I feel it’s my duty to give back in every way possible,” he wrote. “Would much rather visit 2 hospitals than talk shows. Heartbreaking but inspiring – makes my career seem insignificant in comparison – I wish I could do more.”

Sikorra has written a book chronicling her family’s experience raising two children with Batten disease, “Defying Gravity”. All proceeds from the book will go to the Beyond Batten Disease Foundation to fund research and support other families struggling with Batten.

“We managed to have a grace-filled life,” Sikorra said. “The benefit that this diagnosis gave us was that we were able to recognize how precious and fleeting life is. We can focus on our relationships with each other, our love, our laughter, our bonds with our family, our bond with our faith.”

And just like the epic saga her son loved so much as a child, Sikorra said that in many ways their family’s story is as universal as it is unique. “We are all going to suffer,” he said. “We are all going to experience loss, death and health crises. For me it is just about the fact that if you can truly be aware that life is a gift, it can only change the way you choose to interact with others and your own life.”

To learn more about Batten disease, visit the Beyond Batten Disease Foundation.

This story was originally published in 2017 and has been updated.