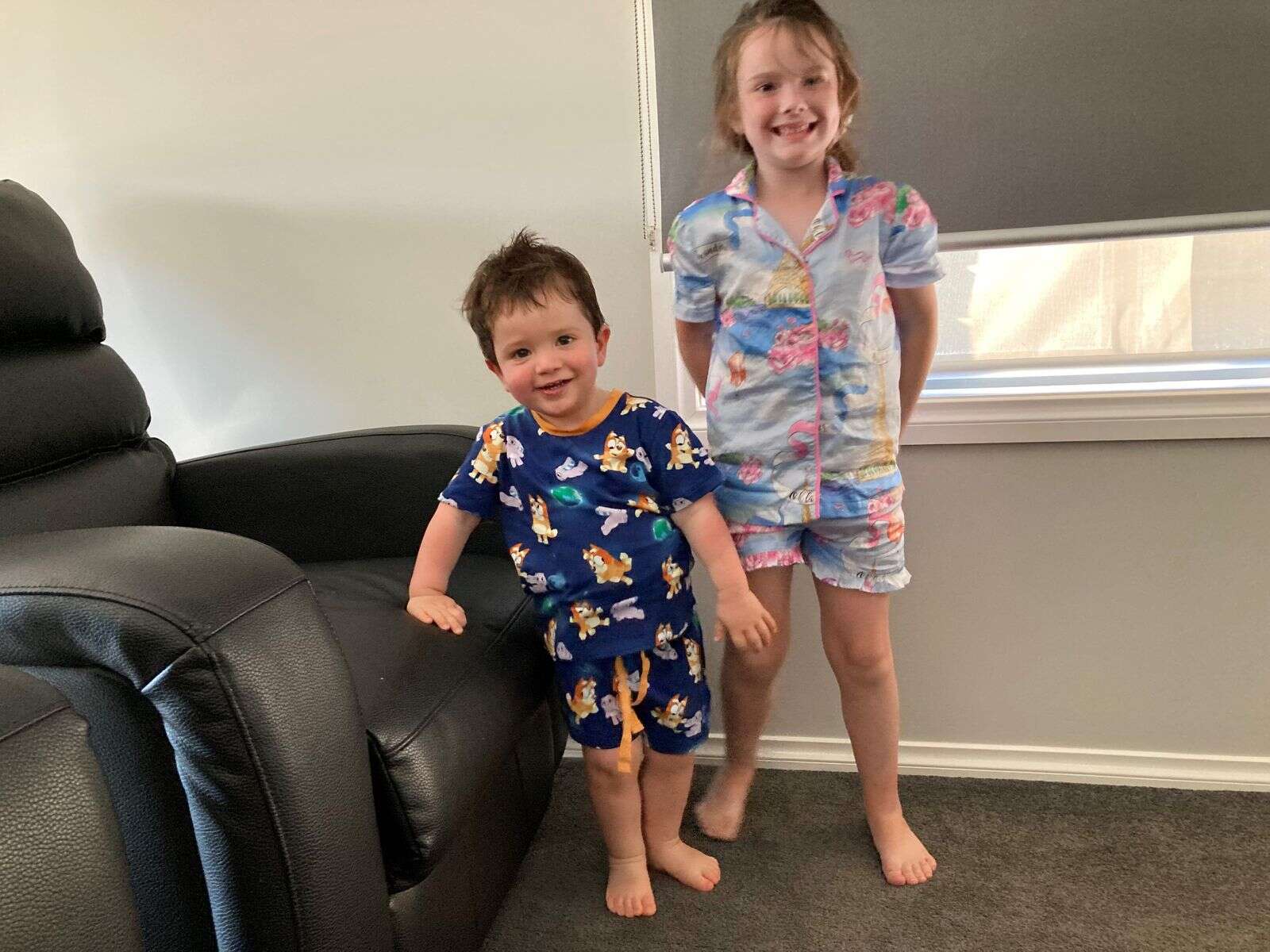 There are two very special days on the calendar for Tom Batten, two, Moama.

His birthday, of course. And on Good Friday, when her mother Bec pays tribute to the work of the Royal Children’s Hospital.

But at birth, he gave his parents, Bec and Ricki, all sorts of heartache and worry.

Bec said her first pregnancy with her six-year-old daughter, Charlotte, was complicated and she was expecting the same the second time around.

“Ricki and I are different blood types. During Tom’s pregnancy I had placental bleeding and started developing antibodies,” she said.

“We were told at 22 weeks that at some point he should come out.”

Thanks to extraordinary management measures, blood tests three times a week, regular visits to specialists in Bendigo and extreme care in all other situations, Bec reached 37 weeks of pregnancy.

Bendigo’s obstetrician, Emma Buckland, was the Battens’ doctor during the pregnancy.

“She was involved in the birth of Charlie (Charlotte),” Bec said.

Tom was born by emergency Caesarean section at Bendigo Hospital on January 3, 2020.

He was born with a birth defect called an imperforate anus, which meant that his bottom was completely closed and a fistula (retro perineum) had developed (which acts similarly to the bottom).

“He had a hole right above where his behind should have been and he acted the same way,” Bec said.

The situation, undetected by pregnancy ultrasounds, came as a complete shock to the parents as the fistula had allowed Tom’s system to function almost normally.

“At three weeks they tried to do surgery to open her buttocks and close the fistula. This was completed by Beth Pennington, a pediatric surgeon in Bendigo,” Bec said.

“Two or three days after the operation, the wound collapsed and it became a huge hole.

“Beth worked at the Royal Children’s and she put me directly in touch with the department and we were taken by ambulance to hospital.”

Royal Children’s Hospital surgeon Michael Nightingale explained that Tom would need a stoma (an opening in the abdomen to allow the removal of bodily waste) and a colostomy bag.

The family’s stay at the Royal Children’s Hospital was made even more emotional because two weeks before, Bec’s father had died.

“I was there by myself while my husband worked and took care of our daughter,” she said.

“I had to hand over my baby twice in one week, for two general anesthetics when she was four weeks old.”

Carmen, the royal children’s stoma specialist, told Bec that one in 5,000 babies are born with the anomaly and she provided the family with details for the Stoma Association.

“They provided us with everything we would need to take care of Tom,” Bec said.

“She taught me to be creative and take care of him properly.”

Having studied veterinary nursing and having a background in agriculture and veterinary science, the medical terminology was not beyond Bec’s understanding, which made Tom’s journey a little more bearable.

“The hospital was amazing, if I had any issues I would take pictures and they would send things over.

“He had the stoma in place for six months, which was a great result.

“We had the advantage of being able to communicate with them from afar. If I couldn’t reach Carmen, I could contact Bendigo.

Tom has spent time in the Platypus ward, a neonatal unit where each baby is entitled to their own nurse.

“When I was first told that I couldn’t stay with him there, I panicked, fearing he was all alone. Then they explained that a nurse would give him attention at 100%, one-on-one,” Bec said.

“It meant I could get some sleep. They provided me with a pass after access so I could use the elevators.

“Afterwards, they even communicated with me regularly to let me know how he was doing.”

“And a total boy, indulging in absolute mischief,” Bec said.

Bec realizes how lucky she is to have had the hospital there to care for Tom, along with family friends who heartbreakingly lost their daughter to an undiagnosed illness.

“I remember having dinner with other breastfeeding mothers. We would line up and get a meal, and we would eat together regularly. I met some of the most amazing people there.

“Sharing a room with people whose children had had open heart surgery and other serious surgeries made me appreciate what was done for Tom.”

Every Easter, Bec sends out a Facebook shoutout in support of the Royal Children’s Hospital’s annual Good Friday appeal.

“Last year, I started working with Laurie to count funds and help Lions. I give them the afternoon to help the cause and I will be there this year as well,” she said.