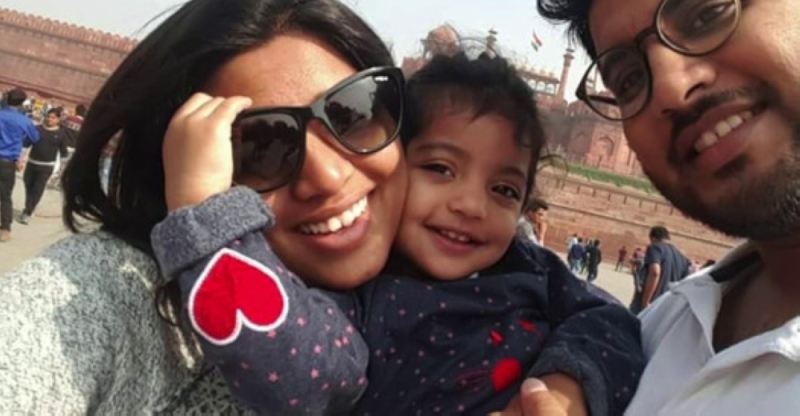 Jamila’s journey began in May 2018 when, at the age of three, she suddenly began experiencing episodes of increasingly severe and inexplicable seizures.

Seeking extensive medical care at several hospitals in Botswana, local doctors were unable to identify the cause of the seizures, leading Jamila’s parents to seek medical attention in South Africa.

However, even in South Africa, after intensive tests and brain scans as well as six different combinations of several anti-epileptic drugs, medical experts could not pinpoint the root cause of the seizures.

This led doctors to send medical samples to the United States for analysis in which they discovered in March 2019 that the cause of Jamila’s seizures was a rare and fatal condition known as Batten disease which affects around three children. out of 100,000 worldwide.

Batten disease is a group of 13 different genetic disorders that all negatively affect the body’s ability to expel cellular waste, causing proteins, fats and sugars to build up in the system.

The accumulation of cellular waste leads to complications in the central nervous system that lead to seizures, loss of vision, loss of speech and thought, loss of coordination, tremors, dementia and more.

Symptoms tend to start around infancy through early adolescence, but adults can, in rare cases, develop slats and experience milder symptoms that allow them to have a normal lifespan. .

Younger people, however, have much more severe and deadly symptoms, for which there is no known cure and treatment for which is extremely expensive and inaccessible.

Jamila’s treatment involved a direct injection into the fluids surrounding her brain every two weeks, intended to slow the deterioration of her health but not stop it; this treatment cost more than 200,000 pesos per session, or about 500,000 pesos per month.

The complexity of Jamila’s condition, compounded by the unsustainable cost of treatment, led doctors and her parents to fight resiliently to ensure she was as comfortable and well cared for until her death. in May 2021.

Jamila’s mother, Batul Zainy, expressed her heartfelt thanks to the community who donated and supported Jamila’s cause from the start.

“Jamila was a warrior, an inspiration to us who stayed positive through everything. Even before she died, the last thing she did was smile at her nurse,” Zainy said.

“Honestly that’s all we can do, smile and keep going because that’s what Jam-Jam would have wanted us to do,” she added.

Jamila’s father, Murtuza Bengaliwalla, said the whole experience ended up being positive saying “as tragic as everything was, I would never have done anything differently. I would do anything for her again”.

He also thanked the community who supported Jamila with particular emphasis on the people who went out of their way to support Jamila, such as a man who only earned P1300 a month and made sure to donate 20 P every month to Jamila’s cause.

This level of compassion and humanity was encouraged by both parents who recognized the importance of BORDIS and its mission to support people with rare diseases.

Jamila’s mother Zainy met BORDIS founder Eda Selebatso shortly after her child’s death and they both pledged to raise awareness and support for children with rare diseases like Jamila.

Selebatso herself has four children, two of whom live with rare diseases, one of whom Selebatso had to donate one of her kidneys so that her child could survive.

BORDIS aims to shed light on the challenges that people with rare diseases go through in order to shine a light on them and create a large-scale support network.

The organization recognized the difficulties faced by people in accessing various advanced medical care in the country due to the nature of rare disease treatment, as well as the emotional burden of caring for someone with a rare disease. .

Their organization exists to serve people like Jamila and her parents, and ensure they are never alone in their struggle by creating a mutual support system that makes the journey of anyone with a rare disease that much easier. to support.

Since the start of Rare Disease Awareness Week, 10 people affected by rare diseases have contacted the organization to join their support network and the organization encourages more people to continue to come forward.

BORDIS welcomes all volunteers and people who wish to sponsor or support the objectives of their organization.