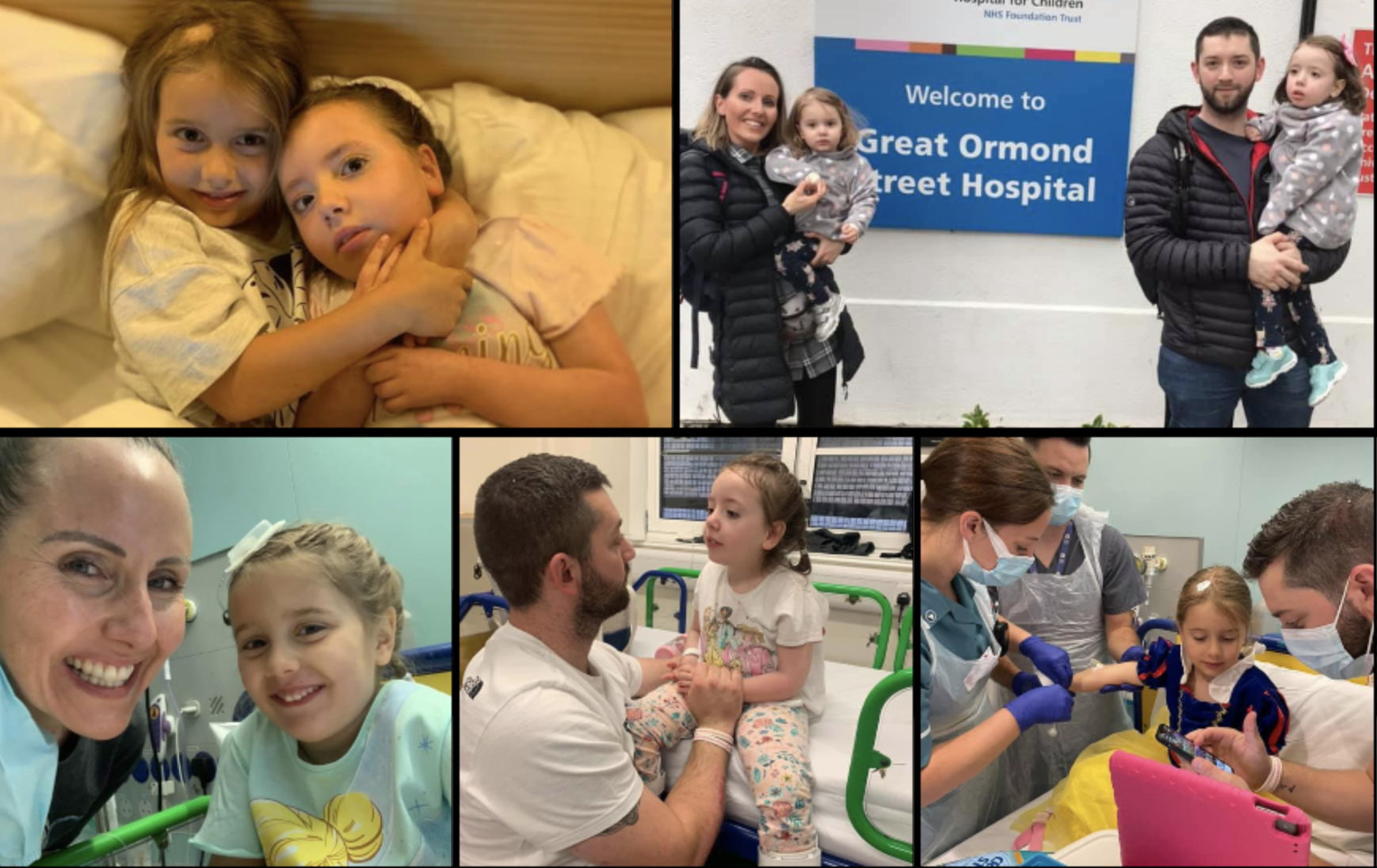 A Newcastle family said their ‘dream has come true’ after announcing that treatment that would prolong the life of their two daughters would soon be available at their local hospital.

Nicole, 9, and Jessica, 5, both have Batten disease, a rare condition that causes seizures, loss of speech, reduced mobility and childhood dementia.

For years, Gail and Matthew Rich had to travel thousands of miles each month to access treatment for their two young daughters.

Every two weeks, Nicole and Jessica make the trip from Throckley where they live at Great Ormond Street Hospital in London. But that will soon be a thing of the past.

From September, the girls will be able to receive their enzyme replacement therapy every two weeks at the RVI in Newcastle.

It has been a long and difficult road so far.

The family has campaigned tirelessly to ensure their children can access potentially life-saving treatment.

In their fight to save their children, Gail and Matthew have been forced to travel hundreds of kilometers to treat their two daughters in different countries. Gail drove to Great Ormond Street in London with Nicole, while dad Matthew took younger sister Jessica in Hamburg, Germany.

At the time, a pharmaceutical company was covering the costs of life-prolonging infusions because the therapy was not available on the NHS.

In 2019, after years of campaigning, Brineura was approved for use by the NHS, ending years of uncertainty for the family, who could finally have confidence that their children would receive the treatment they needed to stay alive.

Since then, the family has taken their two daughters to Great Ormond Street in London every two weeks to receive their infusions.

In 2019, Gail Rich took part in our ITV Tyne Tees ‘Point of View’ series, giving an overview of what it’s like to have two daughters with a deadly disease.

In the moving interview, Gail opened up about the devastating moment her eldest daughter Nicole was diagnosed with Batten disease.

Gail also spoke about the challenges the family faced, campaigning for their daughters’ treatment to be available.

At the time of filming, Jessica and Nicole were in clinical trials for enzyme replacement therapy.

Gail said the future of her daughters is in the hands of drug companies who may decide to withdraw funding for trials at any time.

Gail and Matthew’s eldest daughter, Nicole, was diagnosed in September 2016, when she was just 3 years old.

The diagnosis came after the couple raised concerns that Nicole was not speaking at the age of two.

After several tests, doctors told the couple the devastating news that Nicole was suffering from Batten disease.

It’s the worst thing you can hear as a mam, because you want the doctors to be wrong, and they aren’t, and you can’t help. You can’t do nothing.

Three months later, the family suffered another stroke as their youngest child, Jessica, was also diagnosed with Batten.

Jessica could have been diagnosed so early due to the illness of her older sister Nicole. Early diagnosis allowed early treatment.

Getting that twice was fair … It’s really hard to put it into words. When Jessica started treatment in Hamburg it had never been done on such a young child before, so she is truly a trailblazer. She didn’t show any symptoms, Jessica’s skills and abilities were saved because she was diagnosed so early and it’s because of her big sister.

Jessica became the youngest person in the world to undergo pioneering brain surgery to allow her to have the infusions that prolong life.

Thanks to early intervention, Jessica has no symptoms of Batten.