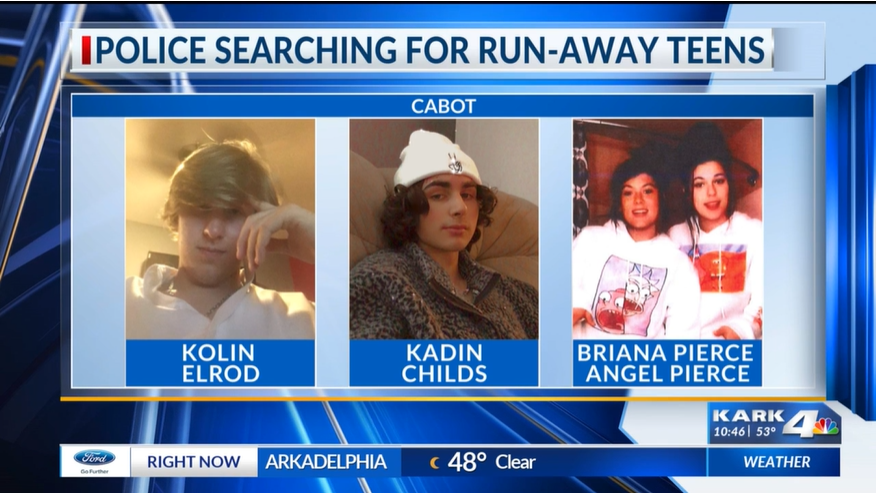 Missing minors may be with adults who are also missing

CABOT, Ark. – The Cabot Police Department is currently asking the public for assistance in locating three runaway minors who may be in the company of 20-year-old Angel Pierce.

Pierce has been reported as a missing person.

Angel Pierce is described as a 20 year old white female who is around 5 feet 7 inches tall and weighs 130 pounds with brown eyes and brown hair. Angel was last seen wearing a black shirt and checkered night pants.

Juveniles are identified as:

Brianna Pierce and Angel Pierce were last seen leaving their residence at 2:00 a.m. on October 31.

The people may be traveling in a 2004 Toyota Camry silver with an Arkansas license plate number of 858 YDY.

Based on the information provided by the relatives of the missing, they are confident that the four are traveling together. They might be trying to get to Colorado.

If anyone has information on the whereabouts of these individuals, please contact the Cabot Police Department at 501-843-6526.