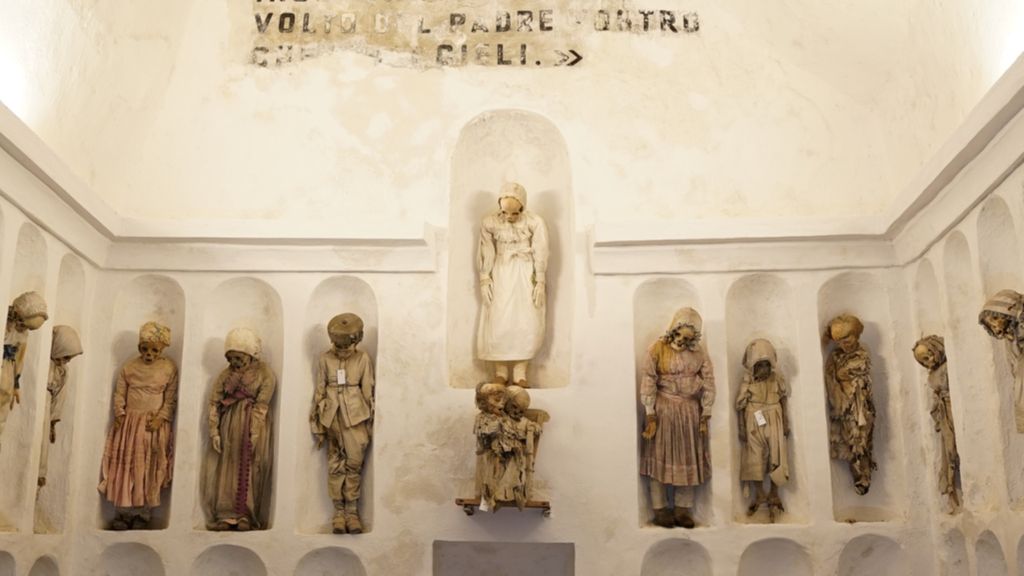 The mummified and skeletal remains of more than 160 children lie in the Capuchin Catacombs of Palermo, in northern Sicily, and soon scientists hope to uncover some of the mysteries surrounding their lives and deaths through x-ray technology.

The next survey, funded by the UK’s Arts and Humanities Research Council, will be the first to focus exclusively on children housed in crypts and underground corridors. Specifically, investigators will examine child mummies that were buried in the catacombs between 1787 and 1880, and they will begin by x-raying the 41 mummies housed in the “children’s room” or “children’s chapel” of the crypts. The keeper reported.

“We will take a cell phone x-ray unit and take hundreds of images of children from different angles, ”Kirsty Squires, the project’s principal investigator and associate professor of bioarchaeology at Staffordshire University in the UK, told the Guardian. The team hopes to gain a better understanding of the children’s identity and state of health, as well as examine cultural artifacts such as the clothes they were buried in, she said.

Researchers will use x-rays to determine the sex and age of each child, as well as to reveal any signs of developmental defect or disease. These findings will be compared to each child’s clothing, associated funeral items and their placement in the chapel, as well as the method of mummification which was used to preserve them, according to the project’s website. The team will also use the death records they have at the time, although these contain limited information, such as the names and dates of death of the deceased.

Together, these clues should provide insight into the identity, health and lifestyle of mummified children in Palermo in the 18th and 19th centuries. Back then, being turned into a mummy was a “status symbol” and “a way to preserve status and dignity even in the event of death,” according to the Palermo Catacombs website.

When first built in the late 1590s, the Capuchin Catacombs were used as a private burial place for the brothers. But in 1783, the Order of the Capuchins began to allow lay people in the area to be buried there as well, the Catacombs website said. And by donating to the order, families could pay for their deceased loved ones to be mummified and displayed in the catacombs.

Corpses could be mummified in one of three ways: through natural mummification, where bodies were allowed to completely dehydrate in a special room called a “colatoio”; by a process that involved bathing bodies in arsenic; or by chemical embalming of bodies, when a trained person injects the corpse with preservatives.

These processes could create surprisingly well-preserved mummies. Regarding the child mummies that will soon be scanned, “Some of them are superbly preserved,” Dario Piombino-Mascali, co-investigator of the project and scientific curator of the Capuchin Catacombs, told the Guardian. “Some really look like sleeping children. They darken over time, but some of them even have fake eyes, so they seem to be looking at you. They look like tiny little dolls.

Learn more about the Palermo Juvenile Mummy Project in The Guardian.