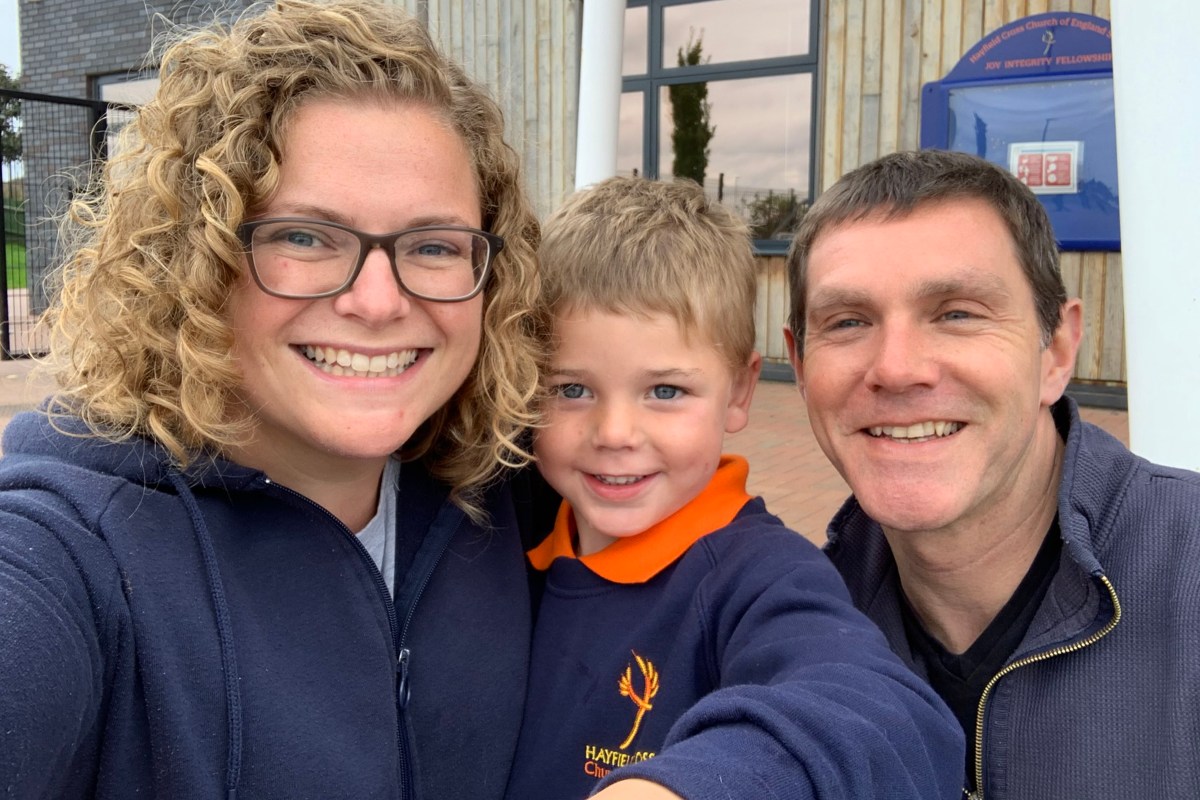 At just three years old, little Isaac Tilley had his first of many seizures.

He was quickly diagnosed with epilepsy and also suffered from delayed speech, and his mother Aimee Tilley believed he might have autism as well.

The 34-year-old asked for Isaac, now five, to be referred to a neurologist in Oxford after his speech therapist noticed “something was wrong”.

She said: “It wasn’t until January of this year that I noticed his hands and legs were shaking and he was unsteady on his feet, it got worse over the next few months and his speech still did not arrive either.

“He had an MRI, heart tests, blood tests and a lumbar puncture in February, but it was not until August, after receiving the results of an epilepsy panel test, carried out the previous November. in our local hospital we had the devastating diagnosis of Batten disease CLN2.

â€œWe had never heard of Batten’s disease and we were given an outdated flyer and told that he would not be able to see his teenage years.

“It is classified as a form of childhood dementia because children gradually lose all of their skills and eventually die.”

She explained that the condition meant that Isaac lost the ability to run, play football, cycle and scooter, and even walk without support in just eight months.

Aimee added: â€œIt’s heartbreaking to watch. In his head he still wants to do these things but physically he can’t.

â€œBefore that, Isaac was so athletic that the only warning sign we had was his late speech at the start, but that can be attributed to a lot of other things. I’ve been told boys are lazy, he will catch up. its late, which was so frustrating.

â€œI want more parents to know about Batten disease and be aware of the early symptoms, because if it had been diagnosed earlier Isaac would have a much better quality of life than he currently has.

According to the BDFA (Family Batten Disease Association), only four children are diagnosed with the juvenile form of Batten disease each year, making the disease rare and difficult to treat.

Now Aimee is desperate to raise awareness of the disease as she sometimes says she has even had to explain to doctors and other professions what the disease is.

â€œEveryone should be aware of this vile disease, it can be rare, but it can affect anyone.

There is currently no cure.

Parents may notice symptoms early, including vision problems or seizures.

â€œWhen he had seizures he was not in a particular group for epilepsy, which should have been our first warning sign, but it was not investigated.

â€œIsaac is currently undergoing enzyme replacement therapy, given by brain infusions every two weeks at Great Ormond Street, which is currently funded by the NHSE but in 2024 it could be phased out as it costs Â£ 500,000 per child per year.

“I understand it’s expensive but it works and the kids thrive on it! We’re still so early in treatment that we still see Isaac going downhill but I think like other kids he’ll get some of his lost skills back.” , she said.

The family were told to expect a decline for up to 12 months, then it should stabilize for a while.

She said: “His speech has diminished even more, he drools now, he still has seizures from time to time, he cannot stand still, he has lost a lot of strength, he doesn’t like to walk without support because he ‘he has lost his confidence since he has dropped so much and his mobility keeps declining.

â€œNo mother should have to watch her child go through this.

“Eventually, without treatment, they would expect Isaac to go blind and his body to turn off.”

Batten disease is an inherited disease, passed only if both parents have the defective gene.

Fortunately, Isaac’s sister, Eva, does not have the condition.

The family have no idea how much time they have with Isaac and try to make as many memories as possible.

Although the treatment will not cure, it should slow the progression, but the family does not know for how long.

Aimee said: â€œI want people to know the signs and encourage parents to ask for answers if something doesn’t seem right.

â€œWe recently went to Thomas Land and are going to Lapland in the UK in December. I am desperate to create as many fun memories for us while we can. Especially while Isaac still has his sight.

â€œCreating memories together is the most important thing for me now and we have to have a brave face every day.

â€œI live in the hope every day that a cure will be found to save Isaac and all the other little warriors like him.

“I just want to raise awareness about this disease and encourage other parents to look at it and do their research. I live with the regret that I haven’t done more.”

The family is currently fundraising for the necessary adaptations to their home, equipment, and to make memories with Isaac.