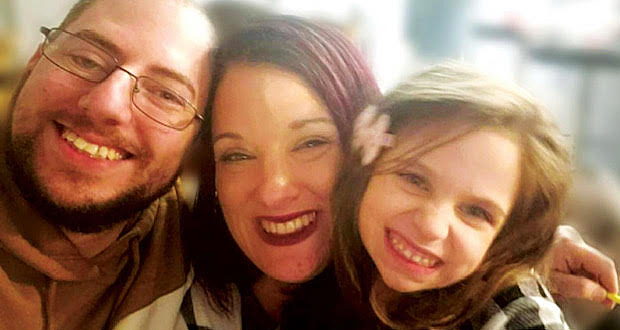 13-year-old “This Is Us” actress Mackenzie Hancsicsak announced a fundraising event later this month to raise funds and raise awareness for a rare neurological disorder known as Batten disease, which has affected Hancsicsak’s five-year-old cousin, Ellery.

The fundraiser shared by Hancsicsak aims to raise funds for the treatment of his five-year-old cousin, Ellery, who has been diagnosed with Batten disease.

Batten’s disease is a rare and often fatal neurological disorder that primarily affects children, including Hancsicsak’s cousin who was diagnosed with the CLN6 variation of the disorder.

â€œMy cousin Ellery has a rare fatal degenerative disease called Batten disease,â€ Hancsicsak wrote in an online article. “I wanted to try and do something to raise awareness about Batten disease and also be able to fundraise for the family to help pay for all of their physical, occupational and speech therapy.”

Batten disease is the name of a large class of rare and fatal inherited disorders of the nervous system, affecting two to four newborns in every 100,000 births in the United States.

â€œAll Ellery does every day is get therapy,â€ Mackenzie Hancsicsak’s mother, Melinda, told KHTS. â€œThe goal is to get into gene therapy, although it is a rare variant of the disease. They will try to use it again.

Symptoms first appear when a child is between 5 and 10 years old and include changes in behavior, seizures, blindness, intellectual decline, and loss of speech. The disease ultimately leads to premature death.

â€œChildren and adults with this rare neurodegenerative disease have inherited genetic material from their parents which, after a few years, begins to impact their daily lives,â€ writes the Batten Disease Support and Research Association (BDSRA).

â€œSymptoms (of CLN6) vary among children, but generally begin after the first few years of life and include developmental delay, behavioral changes and seizures,â€ writes the BDSRA.

There is a virtual event called â€œAn Evening 4 Elleryâ€ which is scheduled to start at 4pm on Saturday May 1, which is designed to raise funds for Hancsicsak’s cousin, Ellery.

The virtual event is slated to be a professionally moderated trivia contest, with prizes awarded to contest winners, as well as a silent auction.

“A lot of people are reaching out, although a lot of people are not aware of the disease because it is not well known,” said Melinda, adding that many people had sent letters of support to Ellery. . â€œDonations are also appreciated, anything people can do is appreciated. “

Donations are also an option available to supporters of the cause, in addition to ticket purchases for the virtual competition event.

â€œTheir goal is to try and get Ellery to participate in a gene therapy trial, so I set up a Virtual Trivia Night fundraiser and I would like you to join me in helping to raise funds for Ellery. “Hancsicsak wrote.

To purchase tickets for the benefit event or to donate to the cause, click here.

KHTS FM 98.1 and AM 1220 is the only local radio station in Santa Clarita. KHTS mixes a combination of news, traffic, sports, and features with your favorite contemporary adult hits. Santa Clarita News and Features are broadcast throughout the day on our airwaves, on our website and on various social media platforms. Our nationally-awarded daily KHTS newsletters are now read daily by more than 34,000 residents. A dynamic member of the Santa Clarita community, the KHTS broadcast signal reaches throughout the Santa Clarita Valley and parts of the high desert communities located in the Antelope Valley. The station broadcasts its talk shows across the web, reaching potentially global audiences. Follow @KHTSRadio on Facebook, Twitter, and Instagram.