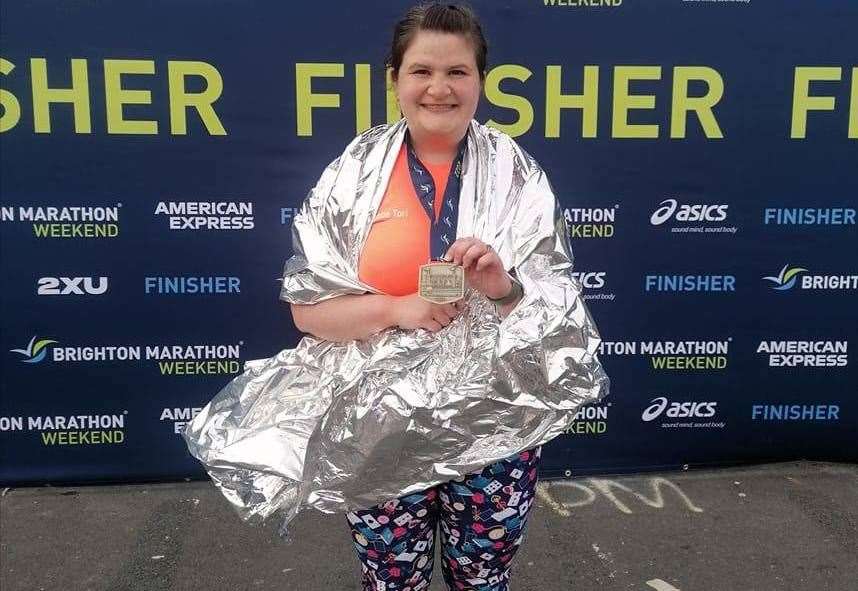 A Fenland family has once again come together to raise money and awareness for a disease they know very well.

The Dodkin family, from Wisbech, are well known in the area for their dedication to raising awareness of Juvenile Batten Disease CLN3, a disease that has affected them personally.

Determined not to be defeated by the disease, of which sons Finley (11), Arthur (9) and Harrison (6) have all been diagnosed, parents Sarah and Ben have worked tirelessly to speak out about the disease and raise funds for research and support. .

That determination was on display when Victoria (Tori) Dodkin, the boys’ aunt, took on the daunting task of running the Brighton Marathon on April 10.

Prior to this year, Tori had never run more than a few miles but, challenged by the prospect of running 26.2, she took it all in her stride.

Sarah said: ‘We are very proud of her – she has surprised a lot of people through this. She is not a runner – previously she had only run about five kilometers – so it was a huge challenge for her.

The family traveled to Brighton to cheer on Tori as she rode the course.

Sarah said: “It was nice to be there to support her.

“We saw her a few places along the way and then we waited for her at the finish line as well.

“While she was there she met a lady who had never run a marathon before. What’s lovely is that they talked to each other about their stories and really spoke to each other.

“At times when Tori didn’t think she could go any further, the lady would remind her why she was doing it.

“It was as much about raising awareness as it was fundraising and she did it with information on her t-shirt.”

Tori completed the course in seven hours and 19 minutes and has raised around £500 so far.

The family is now making the most of the release from confinement.

Sarah added: “We are all doing great and enjoying being able to do things together again.”

For more information and to donate, visit the Pedal4Memories Facebook page.